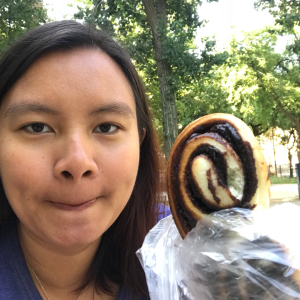 Fighting for Freedom at Museum Sophiahof

There’s a new museum in Den Haag that just opened two weeks ago, and this museum is about something close to my heart: my country, previously called the Dutch East Indies. The museum is called Museum Sophiahof and it was opened by King Willem-Alexander on 27 June 2019. The following day, I decided to pay the museum a visit.

Nestled comfortably nearby the city centre, Museum Sophiahof is reachable by bus, tram, or on foot. By walking from Spui, it took me around 10 minutes to reach the museum. However, you could arrive there faster if you take the bus or tram from the Central Station or the city centre.

The museum was quite homey with lots of huge trees acting as its’ canopy. Stepping on its’ courtyard reminded me of old houses and the breezy feeling of Bandung. So what does Museum Sophiahof highlight? What makes it different from any other Dutch East Indies-related musea such as Bronbeek Museum or Tropenmuseum?

Unlike any other musea, Museum Sophiahof focuses on one part: fighting for freedom. This mission was explained through a short video at the beginning of the museum exhibition. Focusing on the Dutch East Indies and its’ people during the Japanese occupation, not only will we learn about the struggle of Dutch people to survive, but we will also see about how the Indonesians (both in Dutch East Indies and abroad), Moluccans, and the Dutch-Indos lived during the occupation.

To be honest, at first, I was quite nervous to visit this museum. Having a background in History, I am easily triggered whenever I encounter wrong facts about the colony from the Dutch perspective. Call it a remaining part of my nationalism, but I even get upset if a museum still acknowledges Indonesia’s independence year as 1949 instead of 1945 (last time I went to Tropenmuseum, they still put 1949 as the independence year of Indonesia). Thank goodness, not only Museum Sophiahof addressed our independence year right, but it also explained a narrative that the war affected everyone. Not only Pribumi Indonesians but also every race that used to live in the colony.

I also really enjoyed reading the stories of the people who fought for freedom in their own ways. Some of them made little brooches with hidden Dutch flag or other rebellion symbols. Irawan Soedjono, an Indonesian student in Leiden who was shot by Nazi Germany, was also acknowledged in this museum. Along with Irawan’s story and picture, there were stories of other Pribumi Indonesians and Chinese-Indonesians trying to fight the Nazi occupation while studying in the Netherlands. Their strategy was to support the Dutch against Nazi Germany before demanding their country’s independence.

But here is my most favourite part of my visit. At the end of the museum, there was a video about comparing the word “resistance” (verzet in Dutch) in Dutch vs Indonesian historiography. In Bahasa Indonesia, this word is often translated to “pemberontakan” which has a connotative meaning. The video also talked about the difference of museum narrative in Indonesia vs the Netherlands. While we are still stuck with “from zero to hero” historiography and still highlighting on the bad deeds of the axis and colonial powers in our museums, some of the Dutch history museums have tried to narrate the shared history between us. I think history professionals in Indonesia should learn more on how to adapt this type of narrative in history museums rather than sticking to the same old “from zero to hero” narrative.

(Of course, there are still many things that the Dutch government does not teach their kids in school, such as the real deal of VOC and what they actually did to the colonies. To be fair, our history books also don’t teach us about the Bersiap period and how Indonesians killed the Indos and Dutch people who didn’t want to go back to the Netherlands, right? The first step to making peace with history is to acknowledge these things happened.)

There you go, my take on Museum Sophiahof. Instead of guiding you through the whole museum, I think you’d better experience it yourself. It would be a memorable museum trip and I hope you will learn another perspective about our country and about colonialism. (All in all, colonialism is still bad. But there’s always a silver lining in everything.)

2 thoughts on “Fighting for Freedom at Museum Sophiahof”

This site uses Akismet to reduce spam. Learn how your comment data is processed.